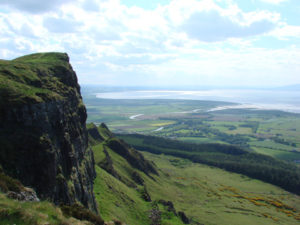 Binevenagh comes from the Irish meaning Foibhne’s Peak. Legend has it that Foibhne was a son of the celtic chief Taircheltar and was killed on the mountain. It is part of a plateau extending for 6 miles, overlooking Bellarena, Benone, Downhill and Castlerock.  read more 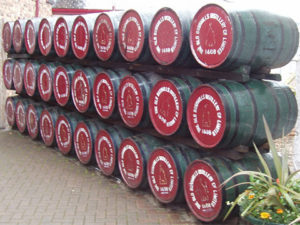 The Old Bushmills Distillery claims and is considered to be the oldest licensed distillery in the world. A licence to distil in the area was granted to Sir Thomas Phillipps in 1608 by King James I and the 1608 date is printed on the labels of the Bushmills brand. read more 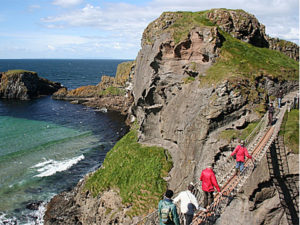 Beyond the Giant’s Causeway, a short coastal path leads to the Carrick-a-Rede Rope Bridge. Traditionally fishermen erected the rope bridge to Carrick-a- Rede island over a 23m deep and 20m wide chasm so that they could cross to check their salmon nets. In the past it consisted of one single rope hand rail but this has been replaced by a two hand rail bridge by the National Trust. read more 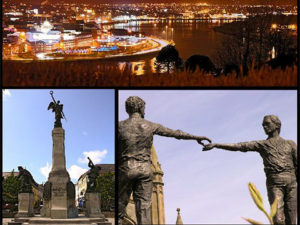 Derry has an extremely long history, the earliest references dating back to the sixth century when a monastery was founded by Saint Columba/Colmcille in 546AD.The name Derry changed to Londonderry during the Plantation of Ulster, as the new city was built by the Guilds of London (1613-1618). read more 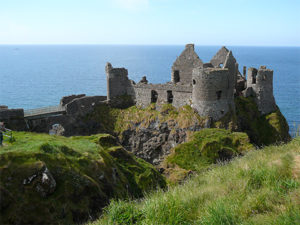 Dunluce castle is a medieval Irish castle sited dramatically close to the edge of a headland along the North Antrim Coast. This medieval castle stands of the site of an early Irish Fort and its history can be traced to early Christians and Vikings. read more 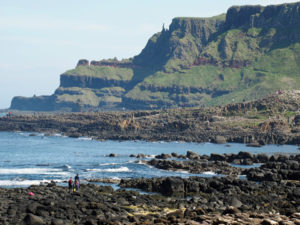 The Giant’s Causeway is Northern Ireland’s only UNESCO World Heritage Site.It is renowned for its polygonal columns of layered basalt formed from a volcanic eruption 60 million years ago. It is the focal point in an area of Outstanding Natural Beauty which stretches along the North Antrim Coast. read more 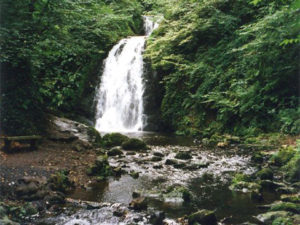 There are nine glens situated along the Antrim Coast – Glenarm, Glencloy, Glenariff, Glenaan, Glencorp, Glenshesk, Glentaisie, Glenballyeamon and Glendun.Glenariff is known as “the Queen of the Glens ”.Its woods, waterfalls and riverside paths are of special interest to geologists and botanists. The spectacular scenery is famed in song and story. read more 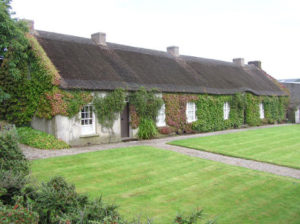 The Hezlett house, Castlerock is a picturesque thatched cottage dating back to 1691. It is one of the oldest vernacular domestic buildings in Northern Ireland. read more 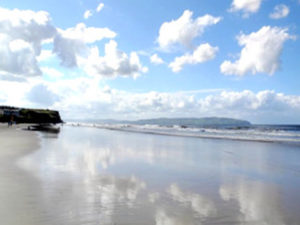 There are a number of magnificent beaches on the doorstep to choose from. The closest ones are Magilligan Point,BenoneBeachleading to Downhill strand. Further along the coast are Castlerock beach, Portstewart Strand, Portrush West bay andEast Strandand Portrush Whiterocks beach. read more 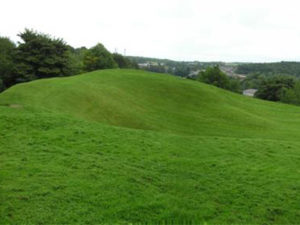 This is one of the most historical sights on theislandofIreland. It dates back to the Iron Age and is beside the first known hunter-gatherer settlement inIreland, dating to pre-7000BC. read more 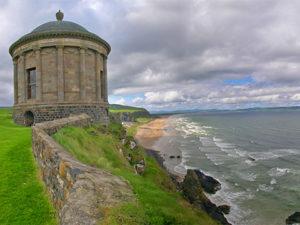 Mussenden Temple is situated in the beautiful surroundings of Downhill Demesne near Castlerock in County Londonderry. It perches dramatically on a 120ft cliff top, high above the Atlantic Ocean on the north western coast ofNorthern Ireland. It offers spectacular views westwards over Downhill Strand towards Magilligan Point and Donegal. On the Eastern side, there are views of Castlerock beach stretching towards Portstewart and Portrush and Fair Head.read more 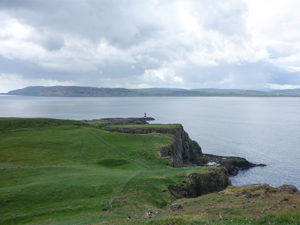 Rathlin is an island off the North Antrim Coast and is the most northerly point of Northern Ireland. It has a rugged landscape that is beautiful and tranquil with breathtaking views of Donegal, the North Antrim Coastline, the island of Islay and the Mull of Kintyre. It also has a bird sanctuary and is home to a colony of seals.read more 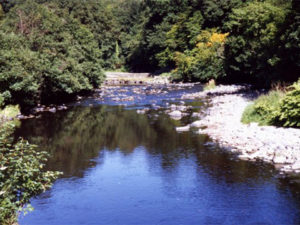 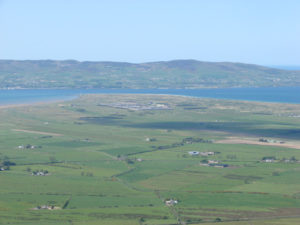 There are the earliest remains of a church at this site which date back to the 13thcentury. The ancient well is older still, indicating that this was a pre-Christian spiritual site.read more